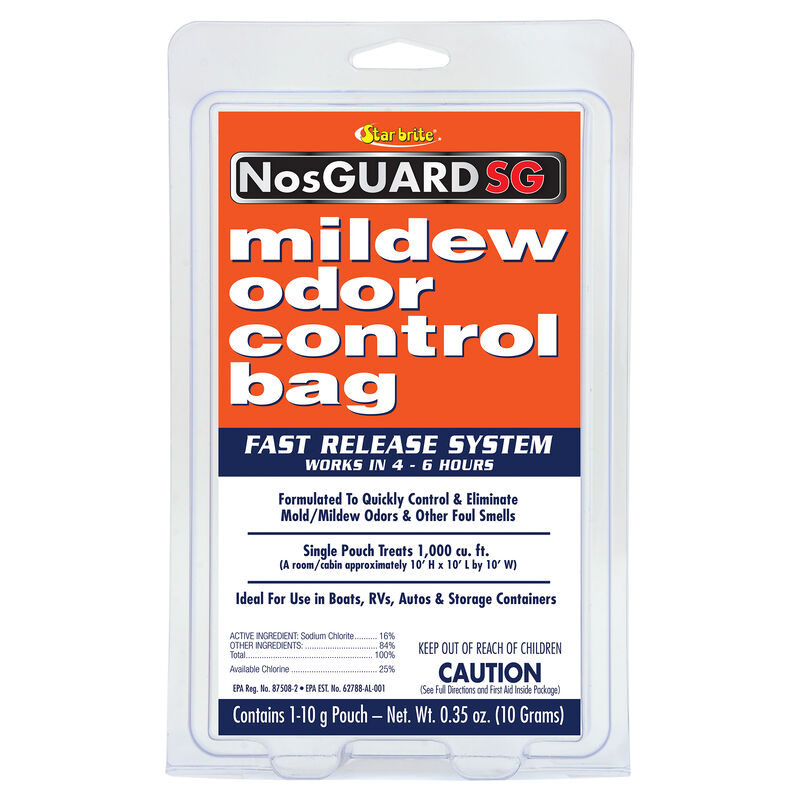 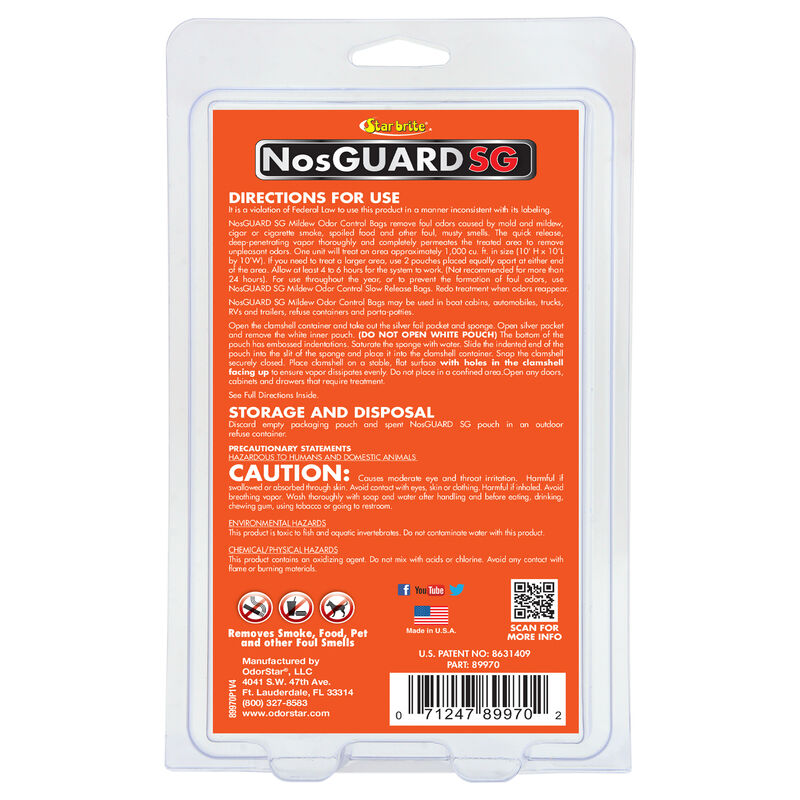 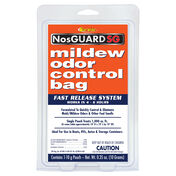 NosGUARD SG Mold and Mildew Odor Control begins working immediately to eliminate foul odors caused by mold, mildew, pets, food, smoke, and more. Each patented CLO2 generator pouch treats an area up to 1,000 cu. ft. safely and quickly. It is the fastest and most effective solution for dealing with situations such as a leak during winter storage that results in damp, musty odors. Note: this fast-release formula is not to be used while people or pets are present.