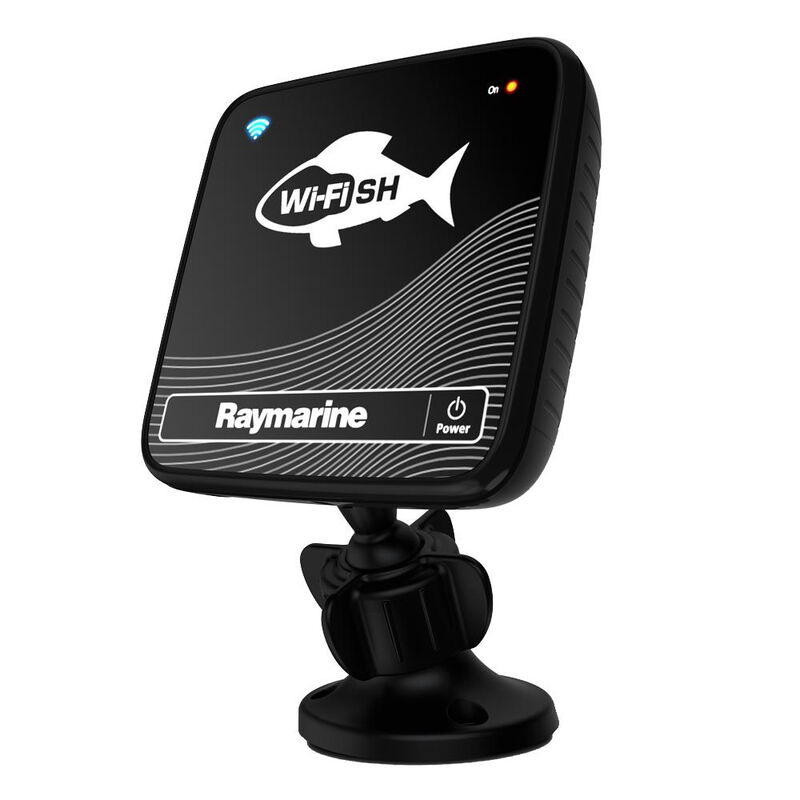 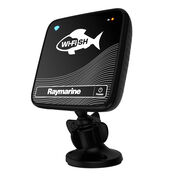 Transform your smartphone into a powerful CHIRP DownVision Sonar with the Wi-Fish from Raymarine. Simply download the free Wi-Fish mobile app and connect using standard wi-fi and you'll be streaming real-time sonar right to your phone or tablet. Plus, you can pause, zoom, rewind, and capture sonar images to share online with your friends. Generate up-to-date bathymetric charts on the fly with your Wi-Fish and the Navionics SonarChart Live app. Stream sonar to the Navionics Boating app and enjoy live sonar on your phone or tablet as you create your own personal bathymetric chart. The award-winning, wide-spectrum CHIRP DownVision sonar delivers photo-like images, high-speed tracking, and better deep-water resolution. A transom-mount CHIRP transducer with temperature sensor is also included. The compact ball-and-socket tilt swivel mount lets you mount the Wi-Fish easily on any surface. The removable mounting ball is compatible with aftermarket ball-and-socket mounting systems for even more mounting options. Model: E70290.