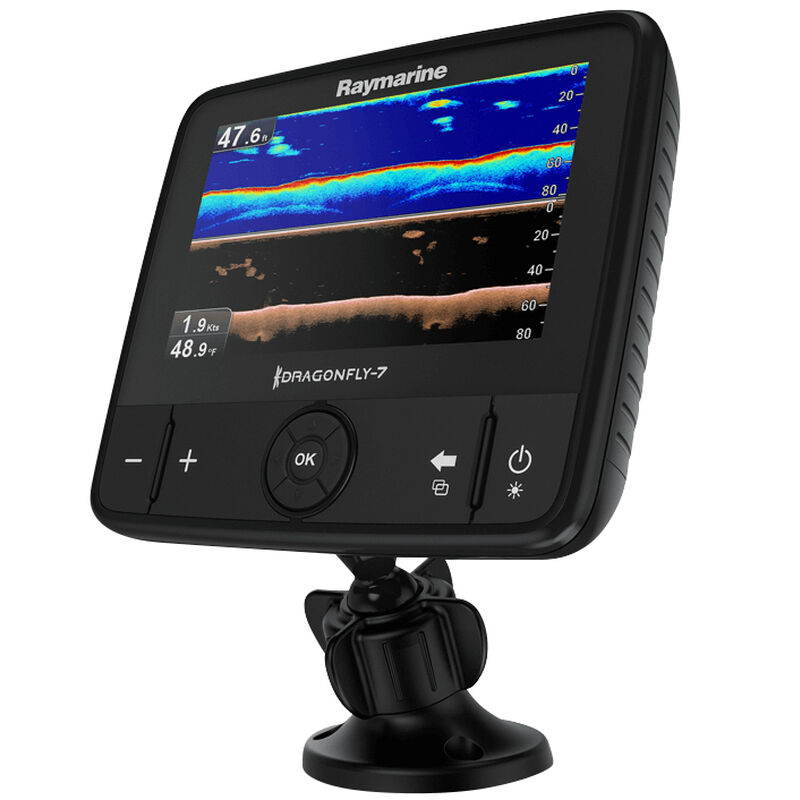 The Dragonfly 7PRO features built-in Wi-Fi, so anglers can stream Dragonfly sonar data right to their smartphone or tablet with the Raymarine Wi-Fish mobile app. The built-in GPS is preloaded with North American Gold cartography including coastline, lakes, and Canada. A microSD card slot lets you upgrade to more maps.

Wide-spectrum, dual-channel CHIRP sonar will change your underwater view and maximize your time fishing. Easily identify fish and underwater objects with photo-like sonar images from the DownVision channel, and target fish with the conventional CHIRP sonar channel. The Dragonfly all-weather, high-definition color LCD display looks sharp from every angle and optical bonding ensures the display will never fog up internally. Step up to CHIRP and a smarter species of sonar with Dragonfly 7PRO.

A Better View
Each Dragonfly is engineered with optical bonding LCD display technology. Once only available on high end marine displays, the Dragonfly all weather optically bonded display delivers brighter colors with sharper contrast and is guaranteed never to fog up.