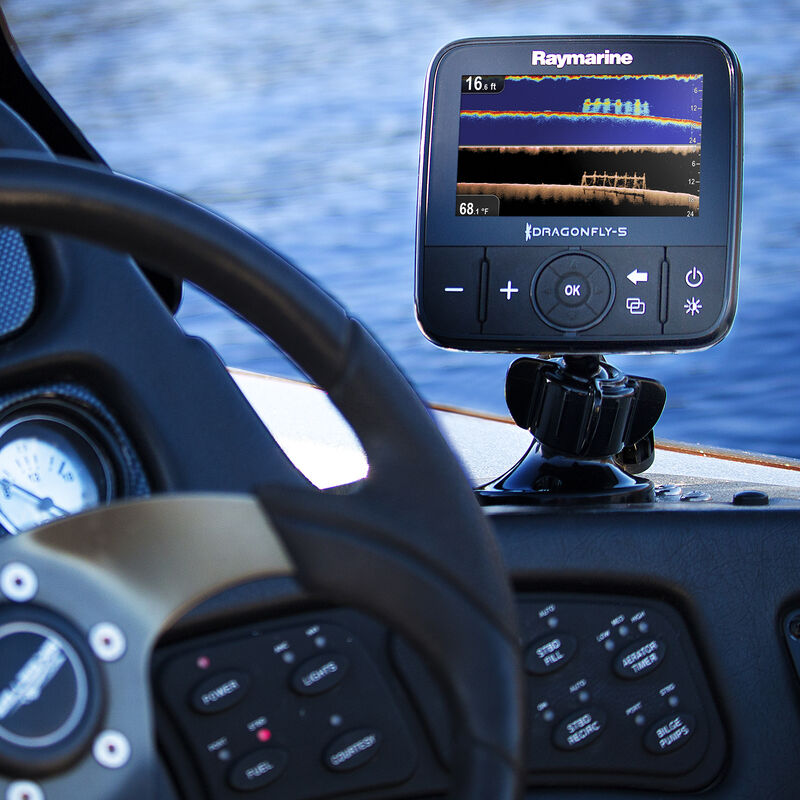 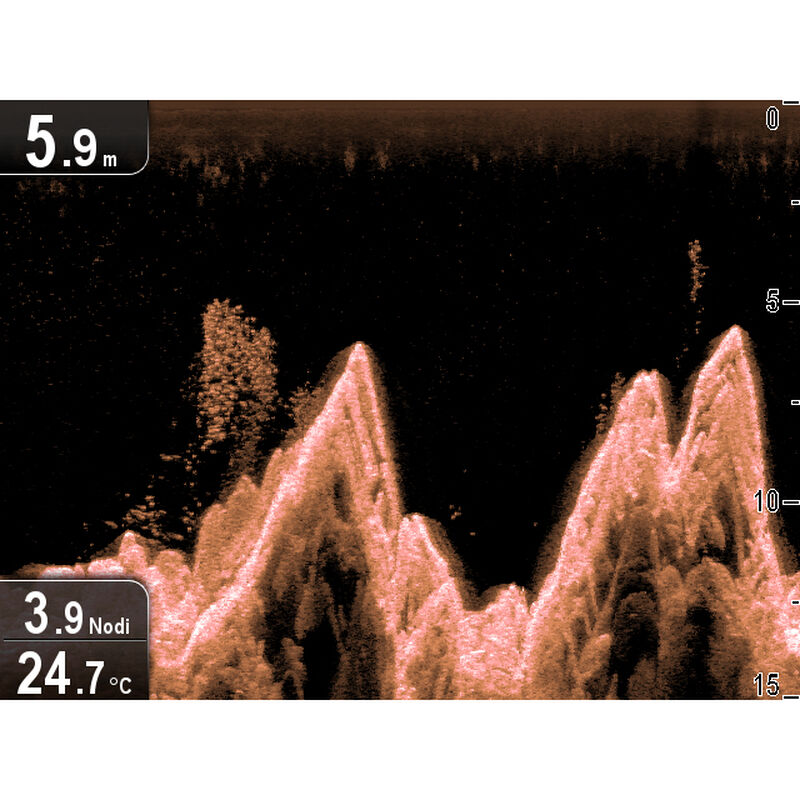 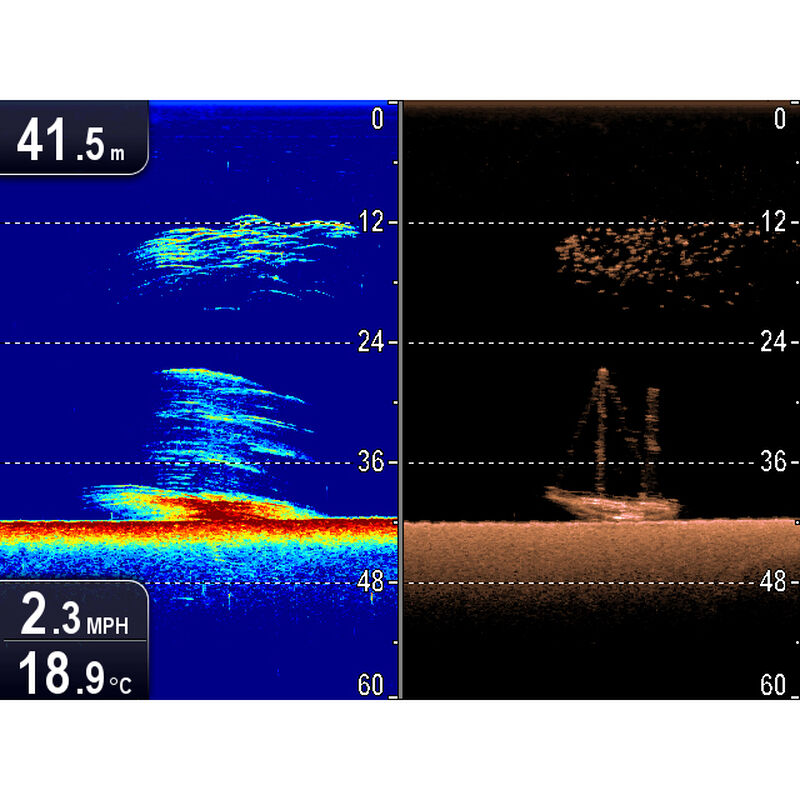 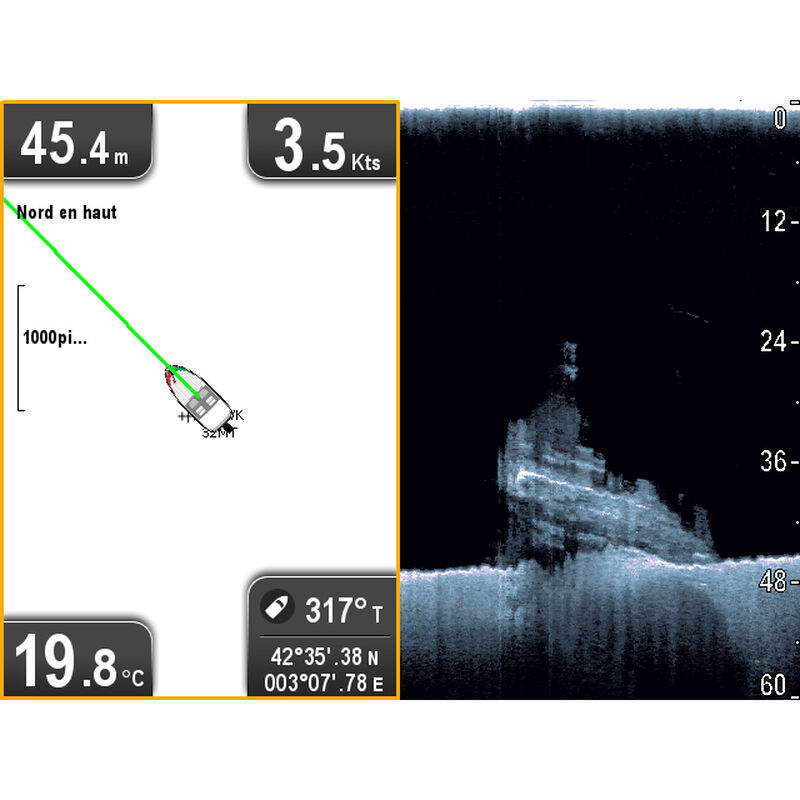 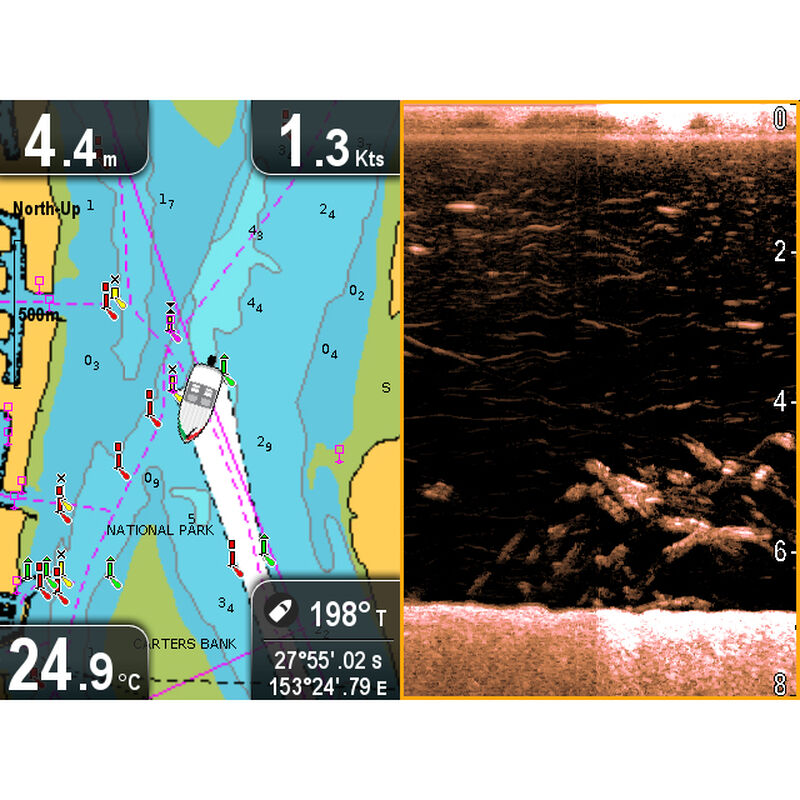 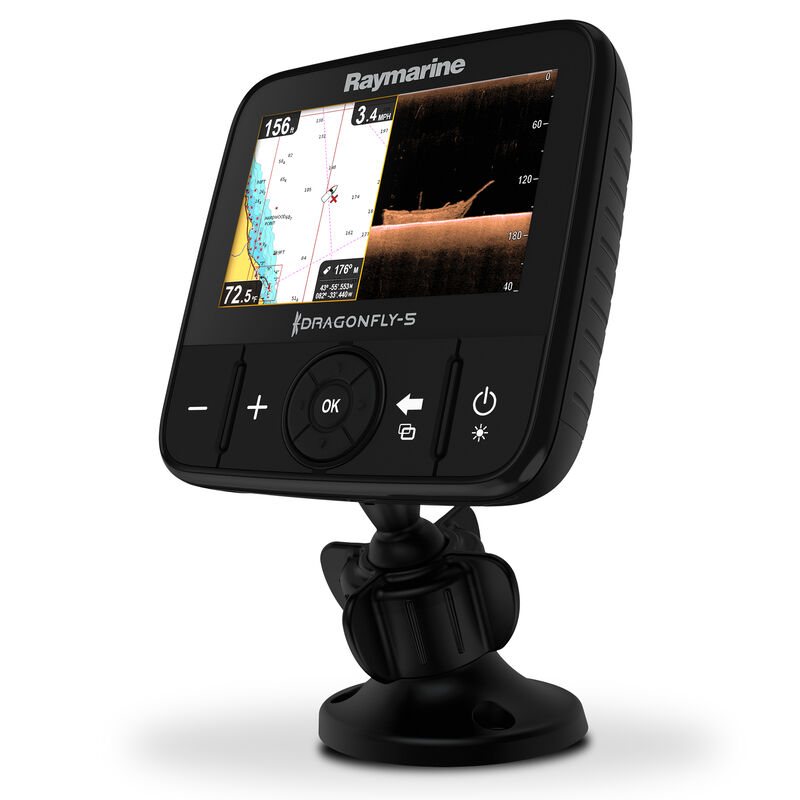 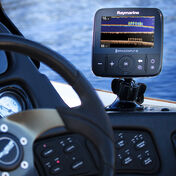 Dragonfly 5DVS With Dual-Channel CHIRP Sonar
The Dragonfly 5DVS with dual-channel sonar will change your underwater view and maximize your time fishing with Raymarine's wide-spectrum CHIRP technology. Easily identify fish and underwater objects with photo-like sonar images from the DownVision channel, and target fish with the conventional CHIRP sonar channel. Dragonfly's all-weather, high-definition color LCD display looks sharp from every angle and optical bonding ensures the display will never fog up internally. Step up to CHIRP and a smarter species of sonar with Dragonfly 5DVS.