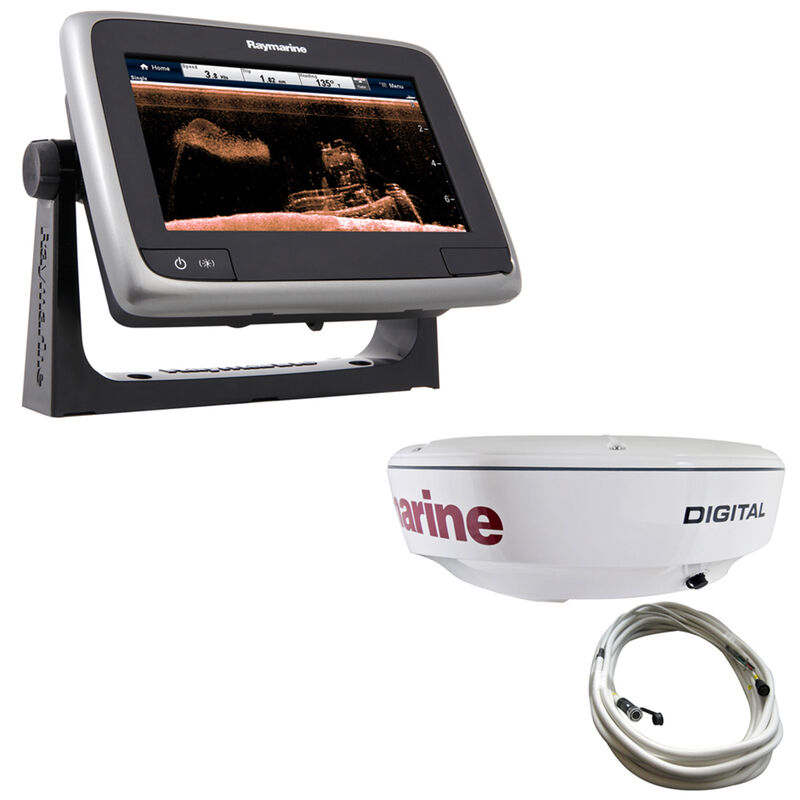 Raymarine's a78 Wi-Fi is a full-featured multifunction display with CHIRP DownVision Sonar technology built in. The a78 Wi-Fi also features standard wireless networking so you can see and control the a78 from your Smartphone and Tablet using Raymarine mobile apps.

The dual channel sonar in the a78 Wi-Fi lets you see fish and bottom structure like never before. The a78 Wi-Fi's CHIRP DownVision™ channel delivers stunning images of underwater structure, fish, wrecks and more with photo-like clarity. The a78 Wi-Fi also features a CHIRP fish targeting channel for easy identification of baitfish and predators.