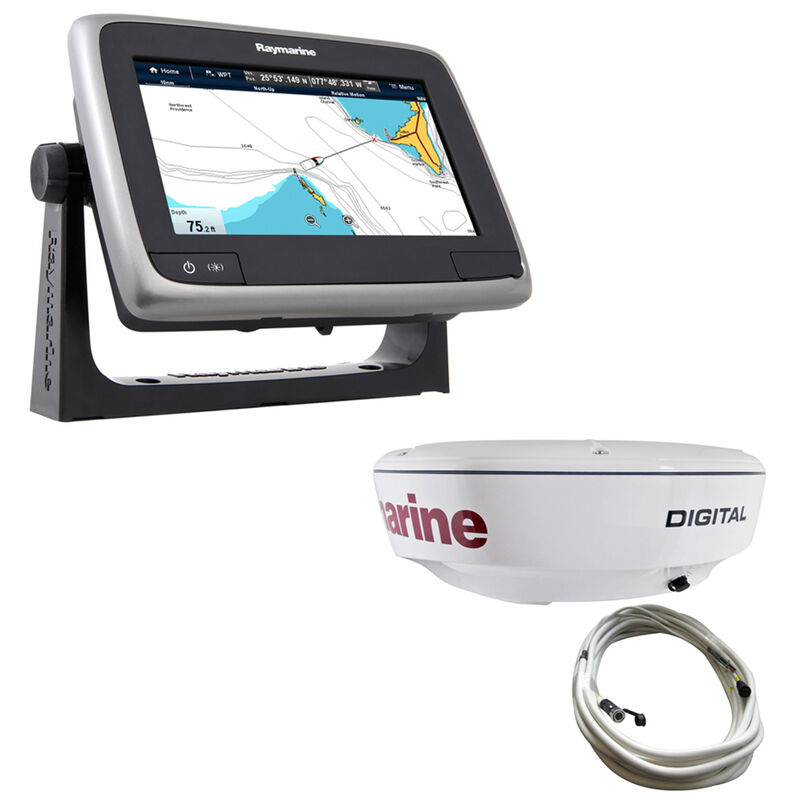 Raymarine's a75 Wi-Fi Multifunction Touch Display is a full-featured multifunction display with a built-in GPS receiver and Navionics compatible chartplotter. The a75 Wi-Fi also features standard wireless networking so you can see and control your a75 from your Smartphone and Tablet using Raymarine mobile apps.