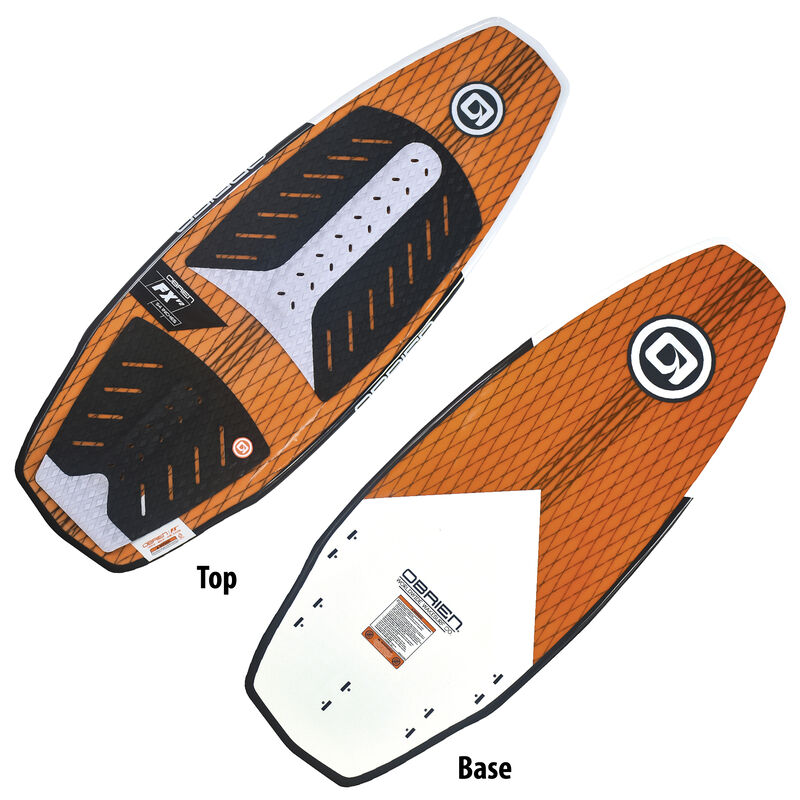 The FX Series has quickly become a favorite amongst riders and surfers worldwide. The FX V2’s thick rails allow the board to sit high on the water, making it extremely maneuverable while also generating effortless drive down the wave. The stepped tail and subtle concave base speed up the board and allow it to smoothly transition from rail to rail. The board's wide, squared-off nose minimizes nose dives and makes it easier to ride out of air reverses and shuvs. With its multiple-fin option, riders can customize the FX V2 to perform exactly how they want it to. This wakesurfer is specially designed for aggressive surfers who are looking for a fast, modern-style shape for boosting airs. Hand-laid epoxy construction.