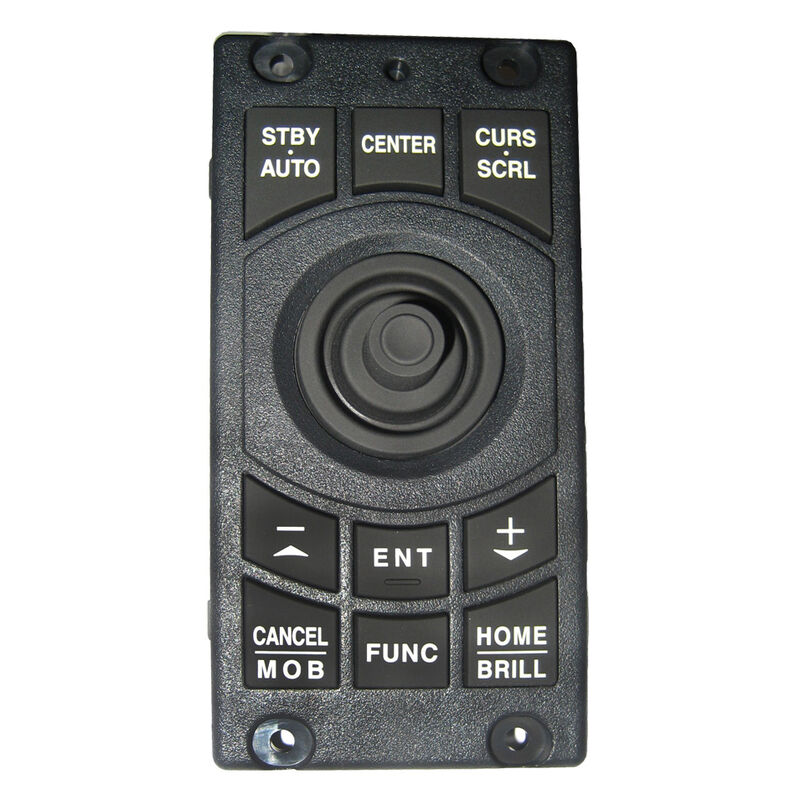 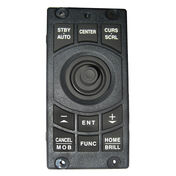 The MCU002 is a compact, waterproof remote control unit for use with the TZT9/14/BB. It offers the expandability of multitouch operation of the TZT9/14/BB with the hardware key operation, becoming the best supplemental tool to multitouch operation. With the MCU002, basic control of the NavNet TZtouch series is always within reach. The MCU002 consists of a simple joystick and 10 dedicated, logical hardware keys that offer control of nearly every aspect of the TZtouch system. The joystick can move in eight directions to move a cursor or scroll the screen. It also has a "push" functionality - if you push the joystick on the Plotter screen, a contextual menu will appear. The MCU002 can also offer control of the NavPilot 700 Autopilot when that system is integrated with NavNet TZtouch. Measures 2.3"W x 4.5"H. Requires 0.75" mounting depth.