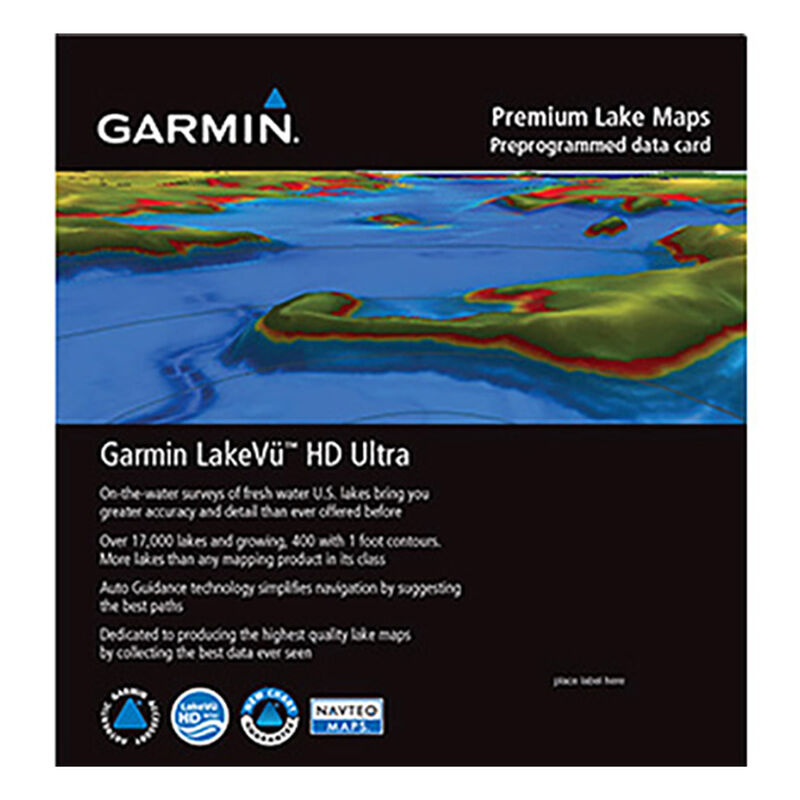 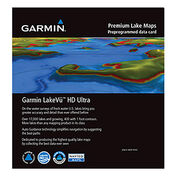 The ultimate freshwater fishing map, LakeVü HD Ultra includes the most detailed inland waters maps ever. In addition to more than 17,000 total lakes, of which more than 5,700 are HD maps with 1' contours shoreline-to-shoreline, there are more than 40 exclusive Garmin MaxDef surveyed lakes. These are the most feature-rich freshwater maps Garmin has ever offered. LakeVü HD Ultra gives you everything available with LakeVü HD and adds even more features and precision.

MaxDef Lakes
Garmin has invested in their own fleet of survey boats equipped with ultra-sensitive sonar technologies. This fleet is cruising lakes and rivers throughout the U.S., creating exclusive ultra-high detail maps - a level of detail that's unprecedented in recreational mapping. Garmin started with the most popular fishing lakes and continues traveling around the country adding more lakes all the time. These are Garmin exclusive MaxDef lakes.

Auto Guidance
A Garmin exclusive, Auto Guidance directs you to your hot spots quickly by instantly creating an on-screen path for your boat to follow that avoids shallow water and other charted obstructions. Shown with MarinerEye view.

Dynamic Lake Level
Allows you to adjust your maps to the lake's current water levels, giving you a better idea of spots that are either accessible or too shallow to explore.

FishEye View
Underwater perspective shows 3D representation of lake bottom and contours as seen from below the waterline. Interface with sonar data for customized view.

Sonar Imagery
Shows a nearly photographic view of the bottom, almost as if all the water had been drained away.