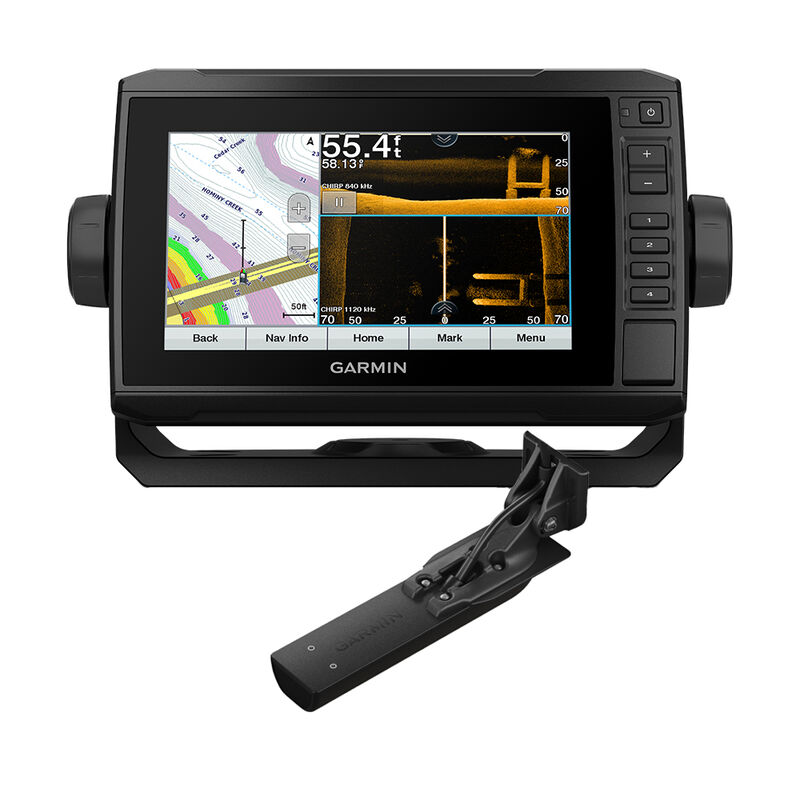 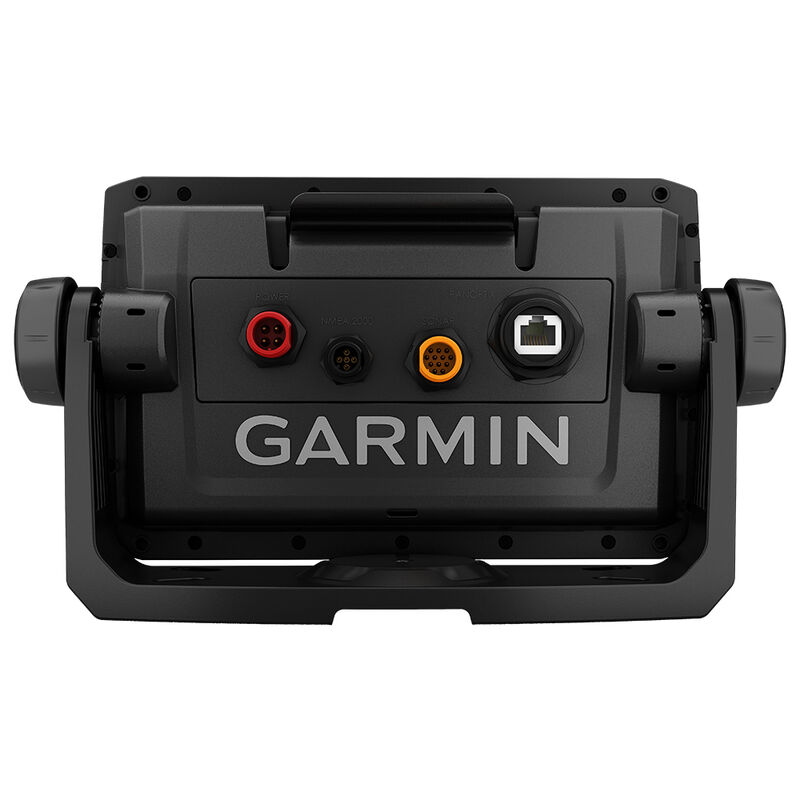 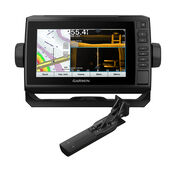 This chartplotter supports a variety of Garmin transducers (sold separately), including the Panoptix LiveScope; scanning sonar system, which lets you see all around your boat in real time.

High-contrast vivid scanning sonar color palettes make it easier than ever to distinguish targets and structure.

This chartplotter comes with a GT56 transducer for Garmin CHIRP traditional sonar and Ultra High-Definition ClearVü and SideVü scanning sonars. With three scanning sonar frequencies and 20% greater range for our UHD SideVü sonar, you’ll get top performance at all depths.

Create personalized fishing maps on-screen with 1’ contours. Keep the data to yourself, or share it with the Quickdraw Community on the Garmin Connect; app3.

If you have multiple compatible ECHOMAP UHD or ECHOMAP Ultra devices on your boat, the 7” and 9” models can share information — such as sonar, user data and charts — with them.

Take control of the most powerful and efficient trolling motor available2, route it to waypoints, follow tracks and more from the screen of your chartplotter.

3 Requires app on your compatible smartphone

Wi-Fi is a registered trademark of the Wi-Fi Alliance.