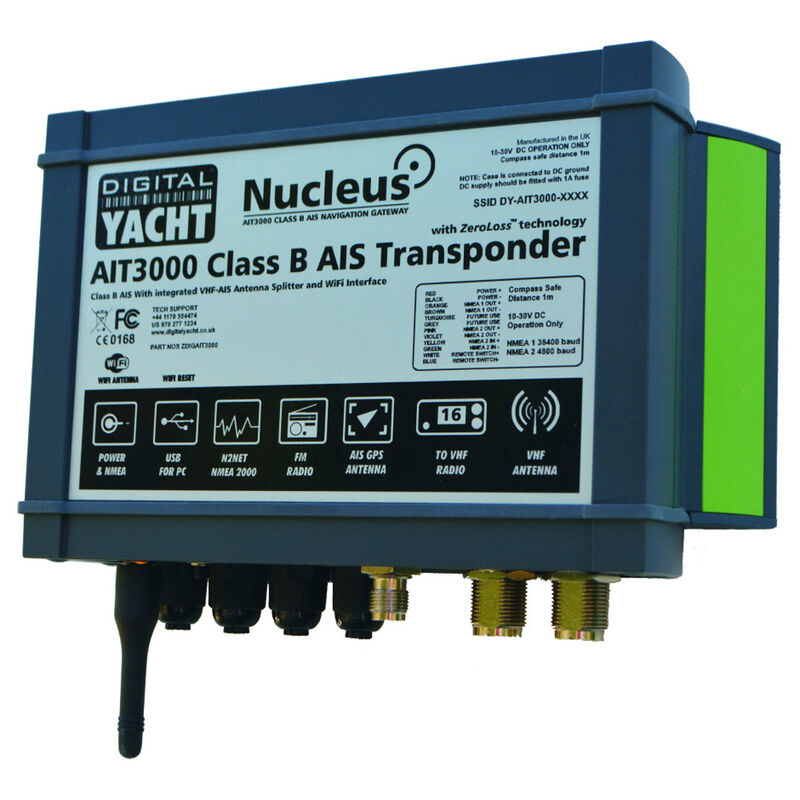 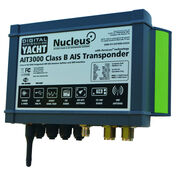 Class B AIS transponders have made a remarkable impact on small craft navigation, but many potential users or installers are put off by the requirement for yet another VHF antenna. The AIT3000 "Nucleus" Class B AIS transponder changes that and incorporates a full function Class B transponder with an antenna splitter, allowing the main VHF antenna on the boat to be used for AIS functions. The unit has also been designed with the latest interfacing capability including NMEA 0183, NMEA 2000, USB, and a Wi-Fi server to allow tablets and iPads to connect. NMEA data from other onboard systems can be multiplexed by the Nucleus and combined on the Wi-Fi link.

The Nucleus transponder is the World's first to include ZeroLoss technology for the antenna sharing and a wireless interface for iPad connectivity. More and more boat owners are utilizing an iPad or tablet as either a primary navigation display or as a touchscreen repeater for their existing navigation system. Digital Yacht also offers a free AIS viewing app called iAIS as well as more sophisticated charting apps like NavLink. If you're an Android user, AISView is also compatible. The NMEA interface allows connection to any AIS-compatible chartplotter, and USB is available for MAC or PC users and allows programming of the unit with your boat details. Other features include a silence switch option which lets the unit's transmissions be stopped while continuing to receive AIS transmissions.