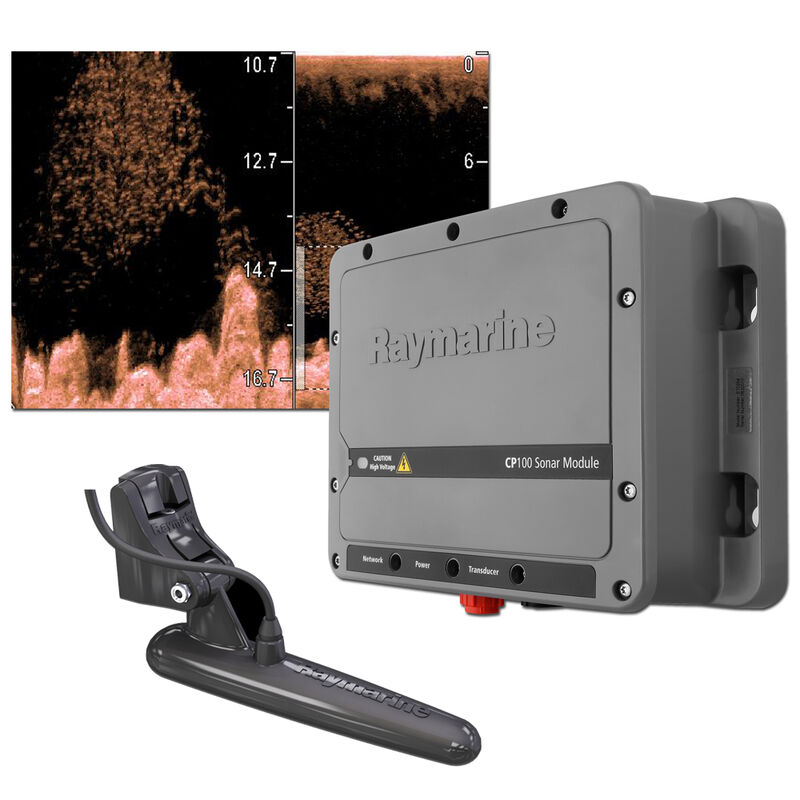 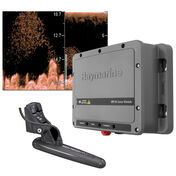 Unlike conventional imaging sonars that transmit on a single frequency with each pulse, the CP100's DownVision sonar uses CHIRP technology to transmit across a wide spectrum of sonar frequencies with each pulse - the result is much higher-resolution, life-like sonar images. This amazing resolution enables you to easily separate individual bait fish in a school and distinguish the bait from predator species.

The ultra-compact CP100 CHIRP / DownVision Sonar Module is compatible with all Raymarine a-Series, c-Series, e-Series, and gS-Series multifunction displays. The CP100 is available bundled with the CPT-100 transom mount transducer.