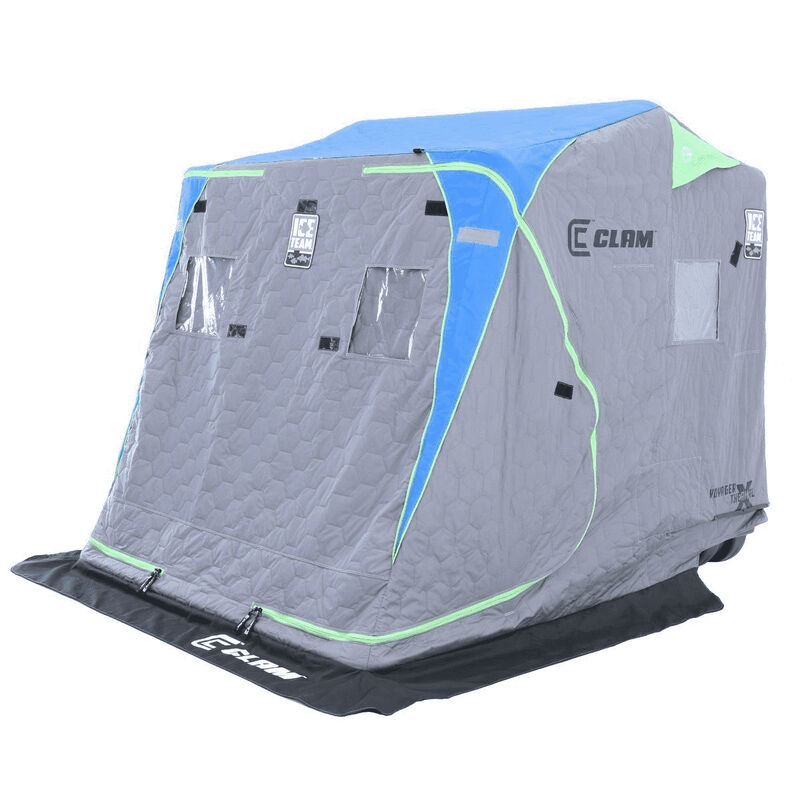 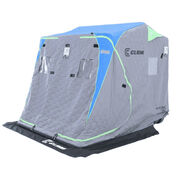 The Ice Team Edition flip-over shelter was a huge hit last season with it’s awesome looks and features— and it just got better...with Clam's innovative Symmetry Side Door System, making it easier than ever to get in and out of the shelter. A popular version of the Voyager X thermal, this portable fish house has cool aesthetics and features including a vinyl Ice Team Patch. This Special Edition of the Voyager X Thermal also has multiple accessories included that don't come with other shelters such as light sticks, a battery bracket, runner kit, travel cover as well as all of the feature of a durable flip-over fish house by Clam Outdoors, including a three year warranty.